The TWA Hotel is flying high in the public eye after recognition from the American Institute of Architects (AIA). The one-of-a-kind hotel at JFK Airport received a 2021 AIA Architecture Award alongside nine other world-class hotels.

“The 2021 Architecture Awards program celebrates the best contemporary architecture and highlights the many ways buildings and spaces can improve lives,” AIA said. “The nine-member jury selects submissions that demonstrate design achievement, including a sense of place, purpose, history, and environmental sustainability.” 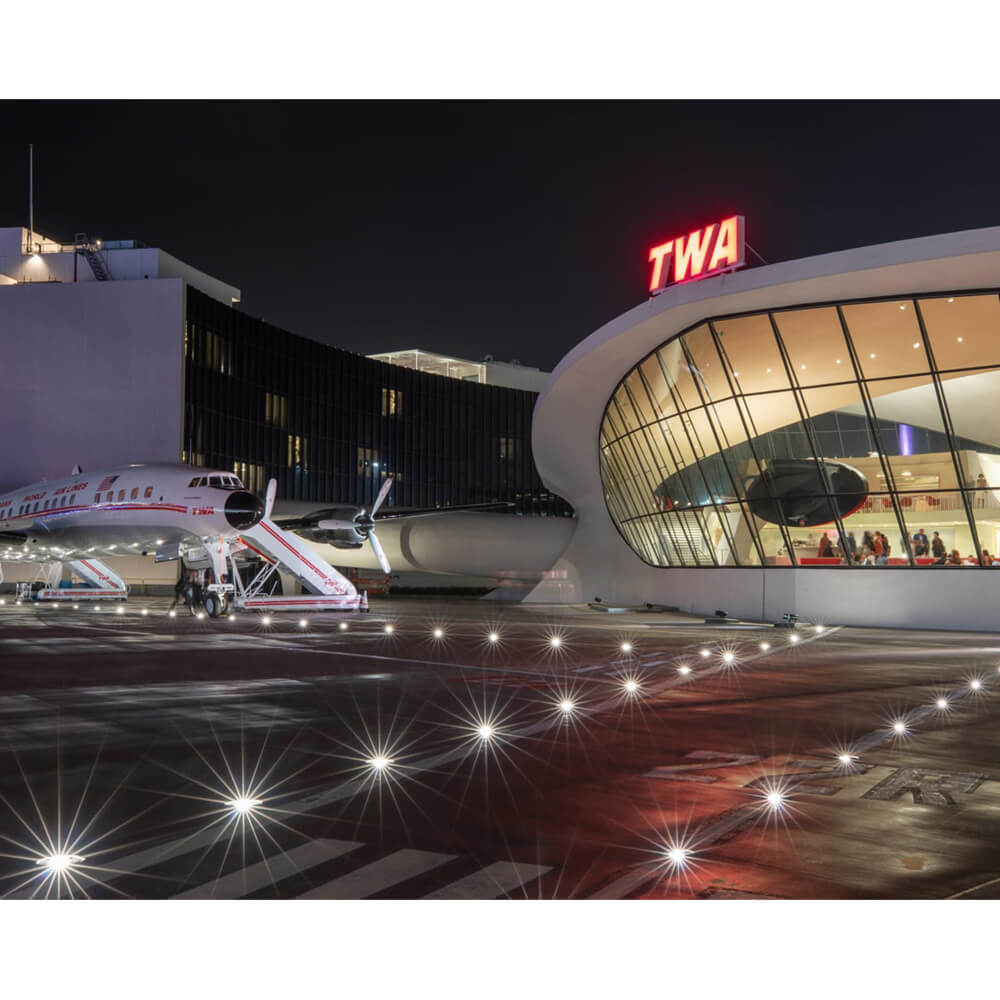 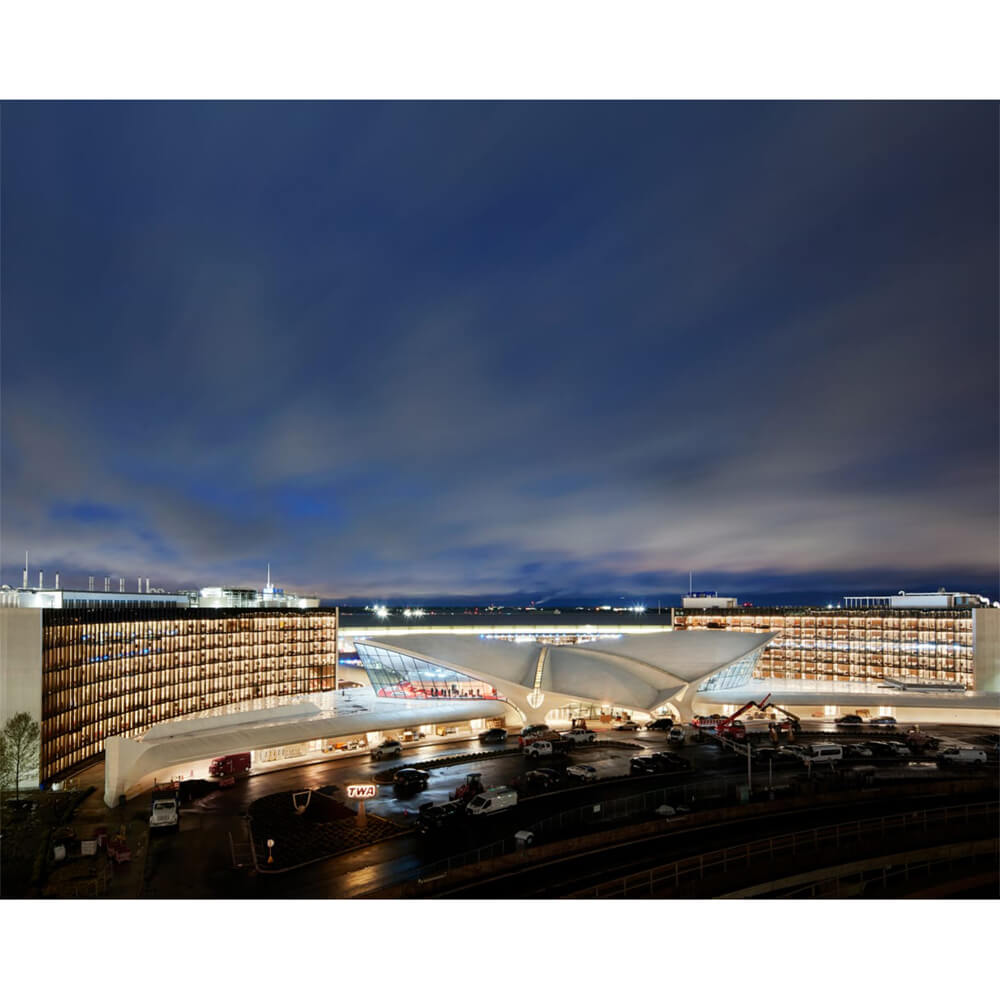 What makes the TWA Hotel so special? It’s the iconic TWA Flight Center—designed by Eero Saarinen and opened in 1962, when JFK was called Idlewild Airport—reborn as on-airport accommodations with contemporary design and Jet Age nostalgia.

“The team went to great lengths to restore the flight center, including its exterior shell, finishes, and systems,” AIA wrote. “The work was informed by drawings and photographs obtained from Yale University's Saarinen Archives, which the team used to restore the building to the Secretary of the Interior's Standards for Restoration.”

Duggal congratulates the entire TWA Hotel project team, which earned a feature in Architect Magazine. We’re also proud to have contributed our expertise in printing, graphics and the visual experience. 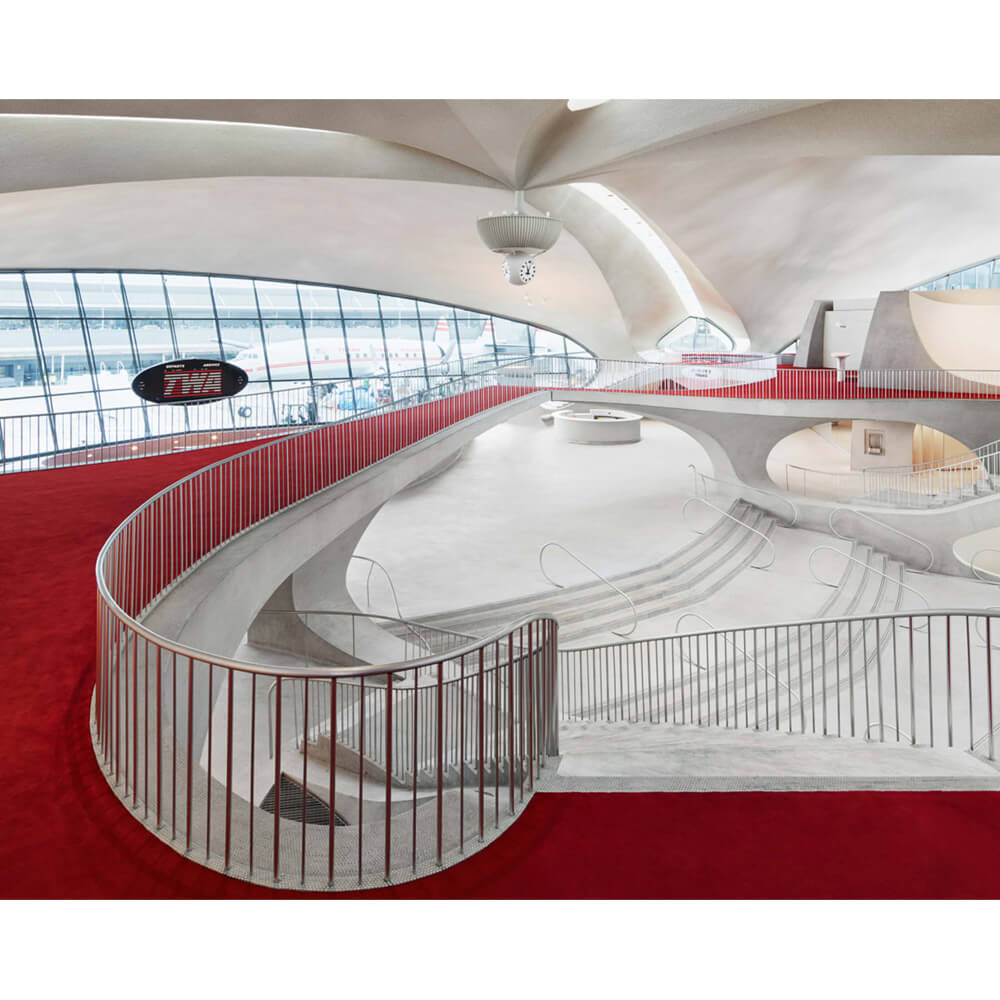 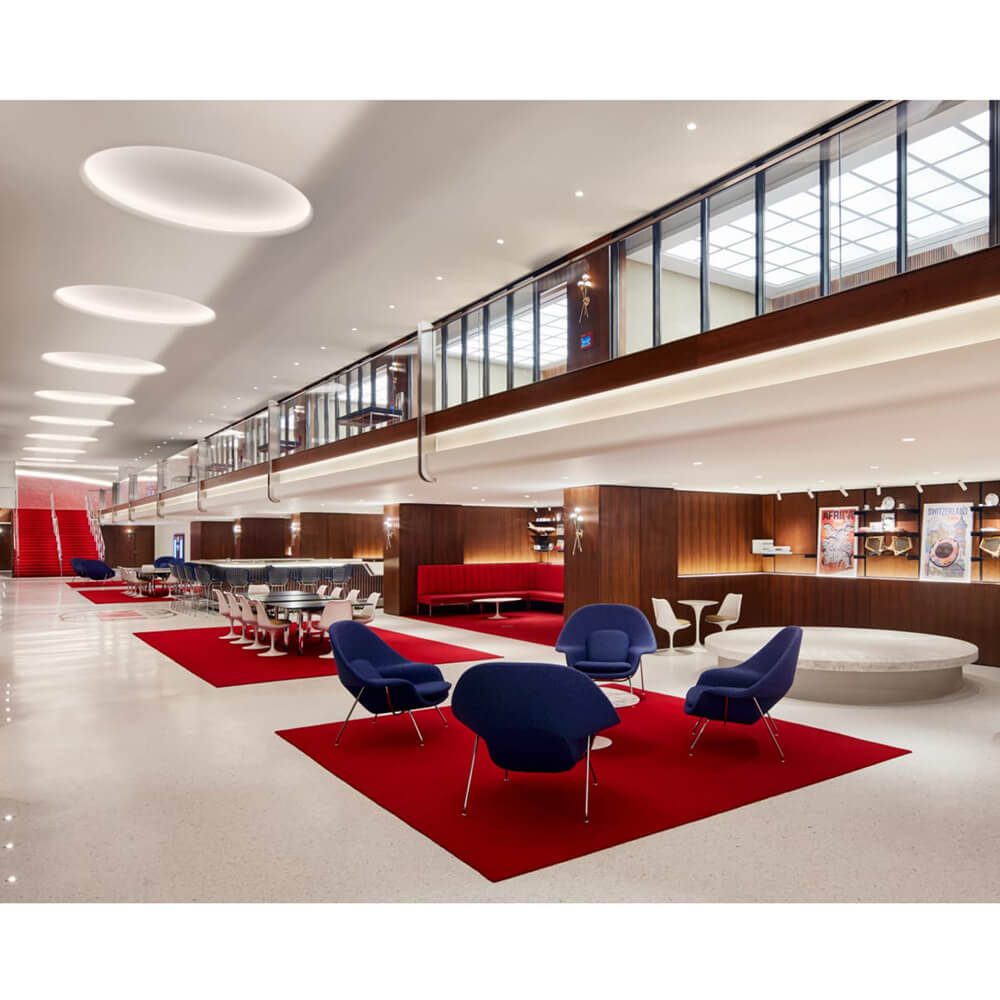 Prior to its 2019 opening, Duggal’s H. Joseph Smith worked with TWA Hotel owner-operator MCR/MORSE Development to deliver much of the artwork seen throughout the guest rooms, lobby and public spaces in the hotel. The Duggal team created 1,250 gallery Plexi pieces, utilizing reproductions of the original silk screen TWA posters by David Klein and installing them room by room and floor by floor. See photos below and explore the TWA Hotel at www.twahotel.com. 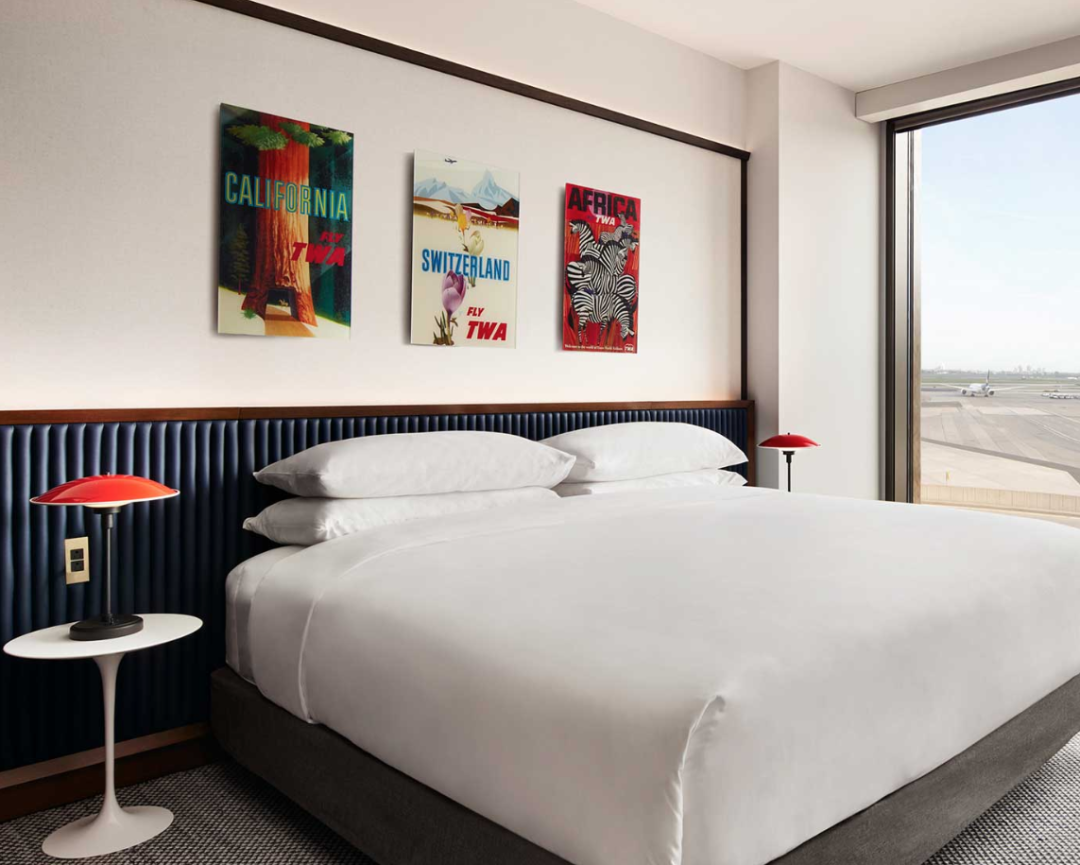