Your Mirror: Portraits from the ICP Collection

In a stunning and moving exhibition on the simplest of subjects, Your Mirror: Portraits from the ICP Collection, the depth of the human experience and the active role of individuals within it are palpably present. In a variety of classic black and white, contemporary color, group and individual portraits, made by both known and unknown photographers that range from snapshots to large-scale staged images, the diverse range of human experience is distilled through the richness of history that is suggested in each individual face. 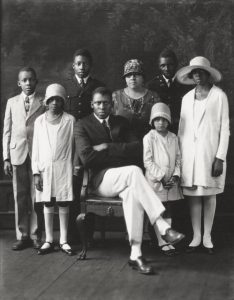 Besides the brilliance of the photographs within the exhibition, the curatorial choice to offer a diverse range of images may be what makes this exhibition so mesmerizing. Familiar, yet underrecognized names from history are presented: the sublimely tender image, Frida Kahlo (1931) by Imogen Cunningham; the demure, yet knowing portrait, Anna May Wong (1929) by Dorothy Wilding; and, the spirited image, Geronimo, Apache Chief and Medicine Man (1903) by Collins Studio, to name a few. 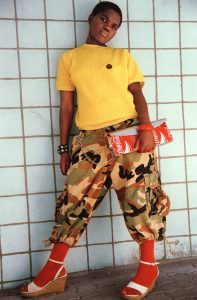 Photographs that speak to self-presentation, representation, forms of likeness and impersonation underscore the depth and breadth of portraiture as a genre. Numerous images engage the idea of work as an identity. Two photos by an unidentified photographer are simply titled, Butcher (ca. 1875) and Iceman (ca. 1875).  A selection of images speaks to more offbeat careers such as circus actors found in James Vanderzee’s, Escape Artist (1924) or Frank Wendt’s Barnum and Bailey’s Circus Snake Charmer, Miss Maxine (1913). In line with the idea of performance is the portrait, Woman standing in underwear (ca. 1912) by E.J. Bellocq, one from his well know series of work on prostitutes in Storyville, a district with legalized prostitution in New Orleans. 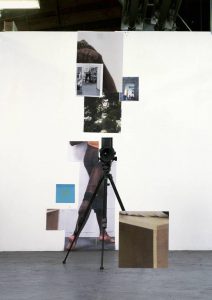 The works of contemporary artists Mickalene Thomas, Tina Barney, Carrie Mae Weems, Sheng Qi, and Paul Mpagi Sepuya are presented large-scale, directly questioning agency, power and construction within portraiture as a photographic strategy. These works speak to larger questions around portraiture's role in shaping perceptions about the nature of individuals and groups along the lines of race, gender, class and social constructs within society. 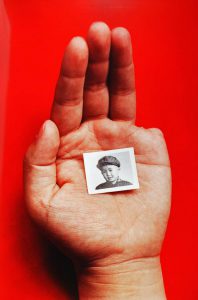 Photographs of people living with violence, along with portraits of individuals involved in the French resistance during WWII, Japanese internment camps in the United States, or Ku Klux Klan members alongside the KKK’s Grand Wizard, underscore the power of the individual to affect change for better or worse. Overall, the portraits in Your Mirror: Portraits from the ICP Collection make the human original accessible, if only for a moment. It’s quite likely that the work will strike a chord within viewers that brings on an onslaught of personal identification, visceral reaction or empathy in regard to our shared humanity across the globe. 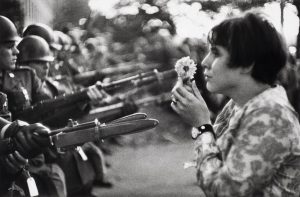 Your Mirror: Portraits from the ICP Collection is on view at the International Center for Photography through April 28, 2019.