Bosniak Artist Memorializes the Horrors of Genocide in Her Home Country

Bosniak Artist Memorializes the Horrors of Genocide in Her Home Country

In 1992, after war broke out in Bosnia and Herzegovina, Aida Šehovic fled along with thousands of others.

Soon, the war worsened to genocide. “Over the next several years, Bosnian Serb forces, with the backing of the Serb-dominated Yugoslav army, perpetrated atrocious crimes against Bosniak (Bosnian Muslim) and Croatian civilians, resulting in the deaths of some 100,000 people (80 percent of them Bosniak) by 1995,” HISTORY wrote.

The Bosnian genocide in Srebrenica struck even closer to home for Šehovic, who watched in anguish from afar.

“This physical distance, combined with her frustration at the disinterest of the rest of the world in taking action to stop the genocide, compelled her in 2006 to create a nomadic monument called ŠTO TE NEMA (Why Are You Not Here?) to commemorate those killed in Srebrenica,” the Canadian Museum for Human Rights wrote, introducing the installation as part of the museum’s 2021 “Artivism” exhibition. 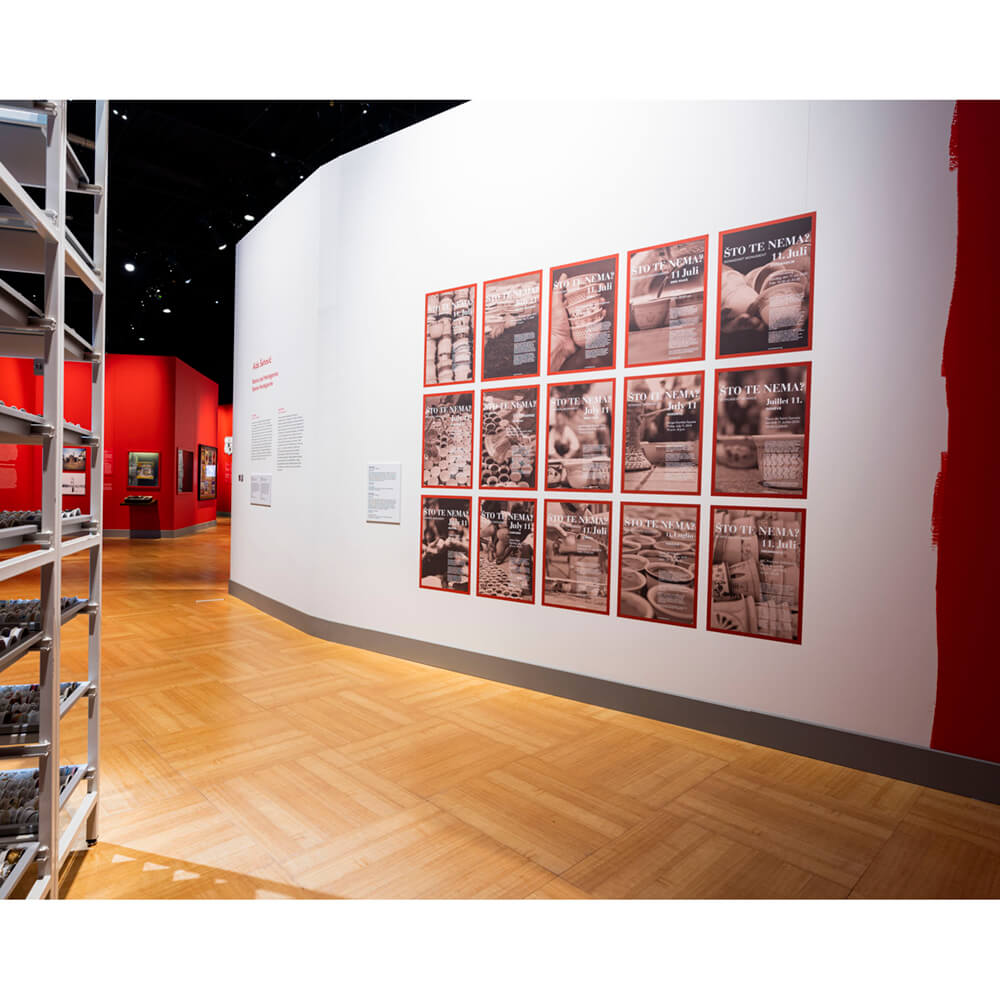 “ŠTO TE NEMA (Why are You Not Here?)” features traditional Bosnian coffee cups collected in memory of the 8,372 Bosnian Muslims killed in the 1995 Srebrenica genocide. Duggal Visual Solutions produced Šehovic’s work in 15 pieces on magic canvas, a unique, easy-install wall covering that is removable, reusable, and can be customized.

Explore the Artivism exhibition at the Canadian Museum for Human Rights, on display through January 16, 2022, and visit Aida’s website at https://aida-sehovic.squarespace.com for more background on her personal journey that inspired this poignant, artistic commemoration. 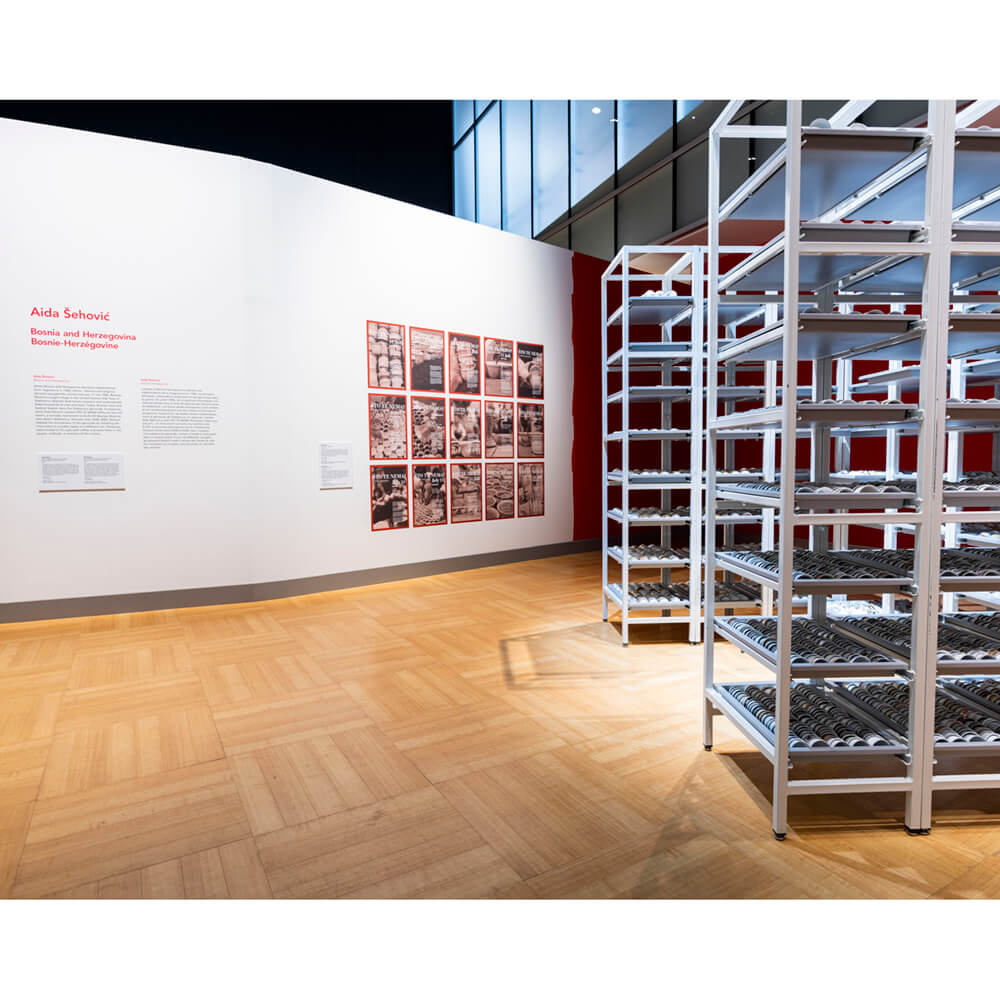