Duggal Visual Solutions is thrilled to be a part of the Rutgers University-Newark Express Newark Art Exhibition, “Picturing Black Girlhood: Moments of Possibility,” co-curated by Scheherazade Tillet and Zoraida Lopez-Diago. The exhibition is on view from February to July 2022 with Duggal Visual Solutions as a contributing sponsor. 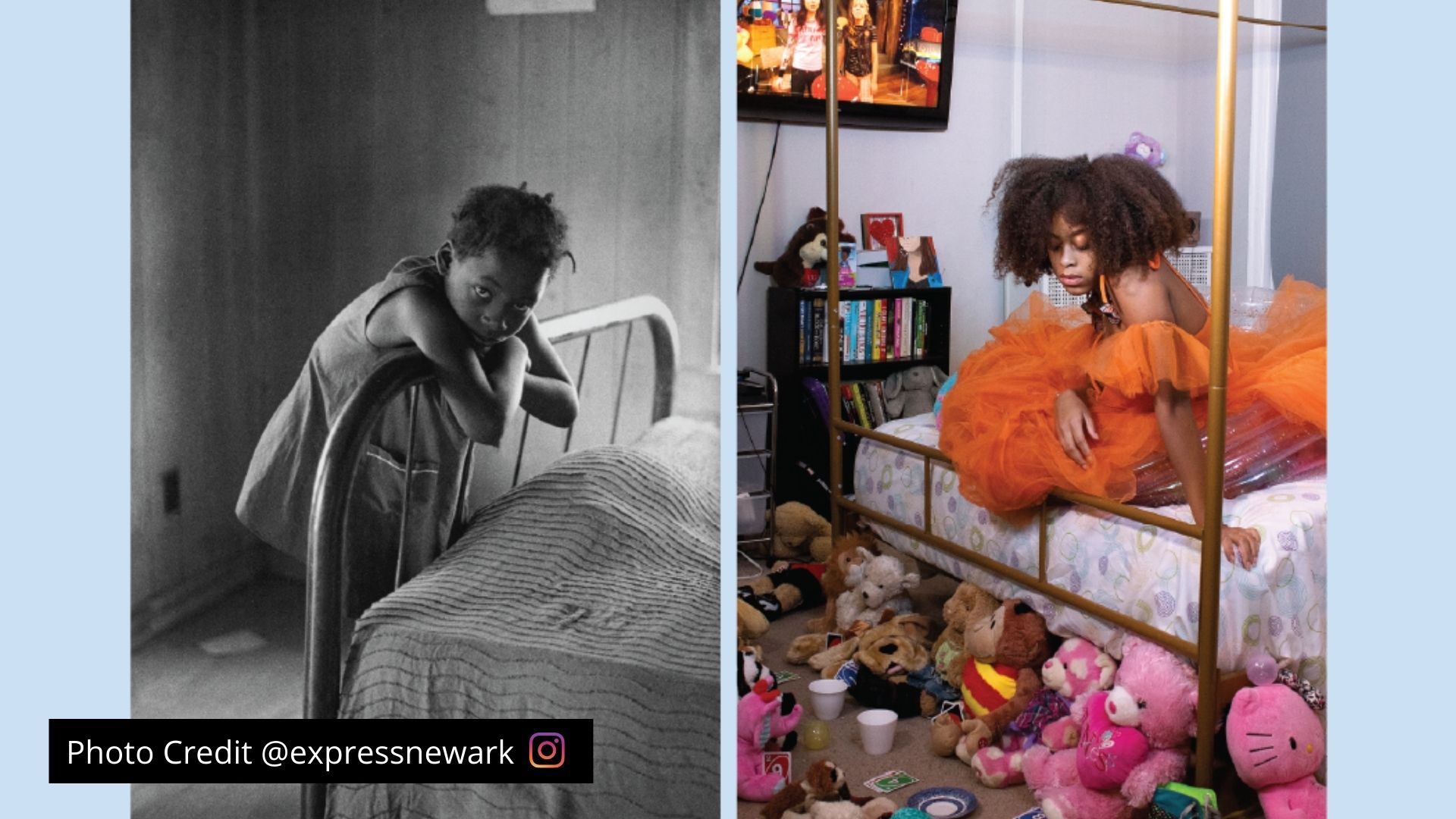 It was clear that when Nick Kline, the creative director of Express Newark, called Duggal in December that this was going to be an extraordinary production. Enter Scheherazade Tillet, a photographer, youth organizer and curator from Chicago whose non-profit organization, A LONG WALK HOME, is on a mission to activate the arts to end violence against Black women and girls.

There were more than 80 photographers in the exhibition, with each art piece requiring care and individual attention that matched up to the strength of the mission. And the exciting part was that there was a wide range of photographers from novice to professional, ages 8-94. 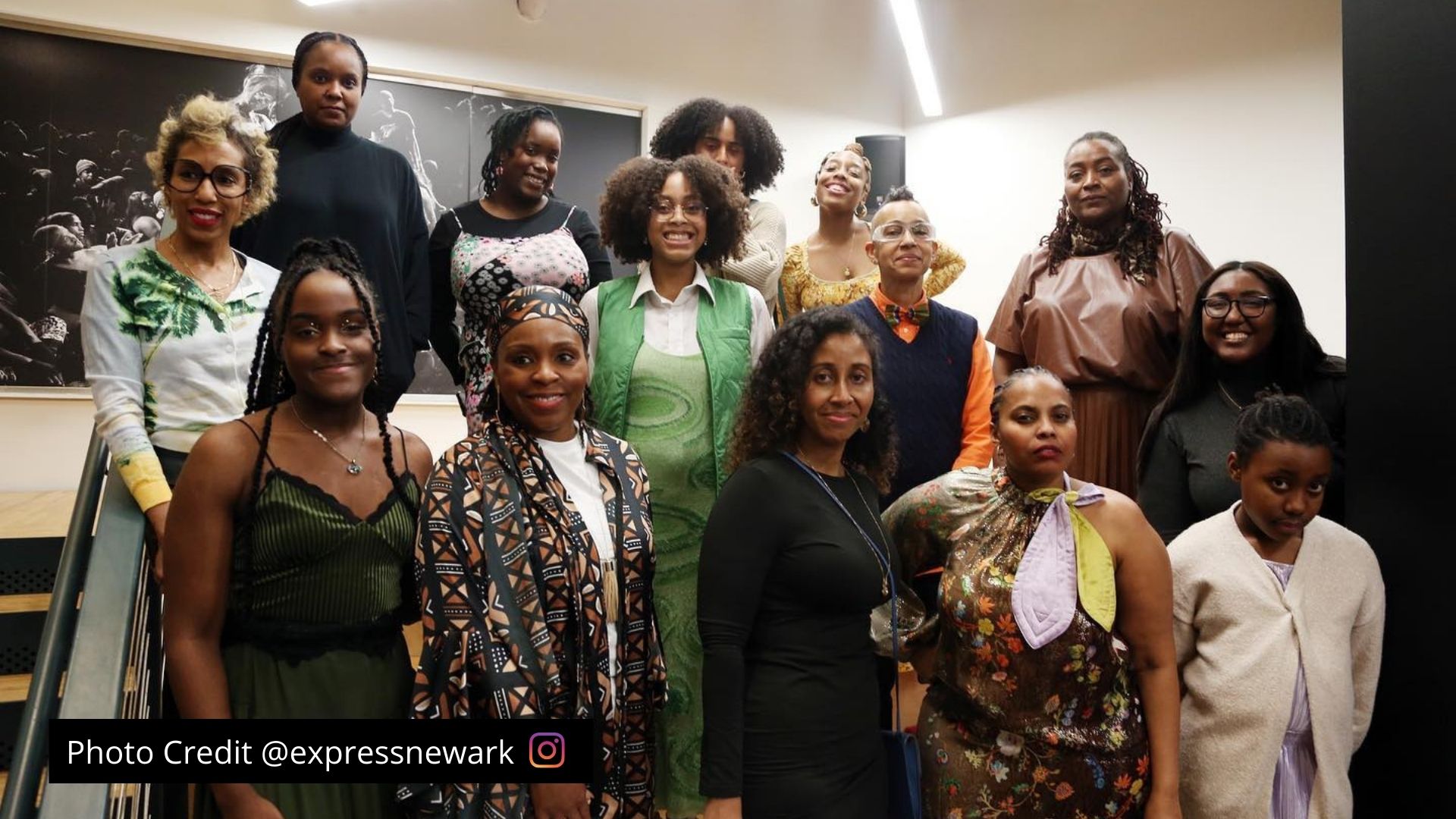 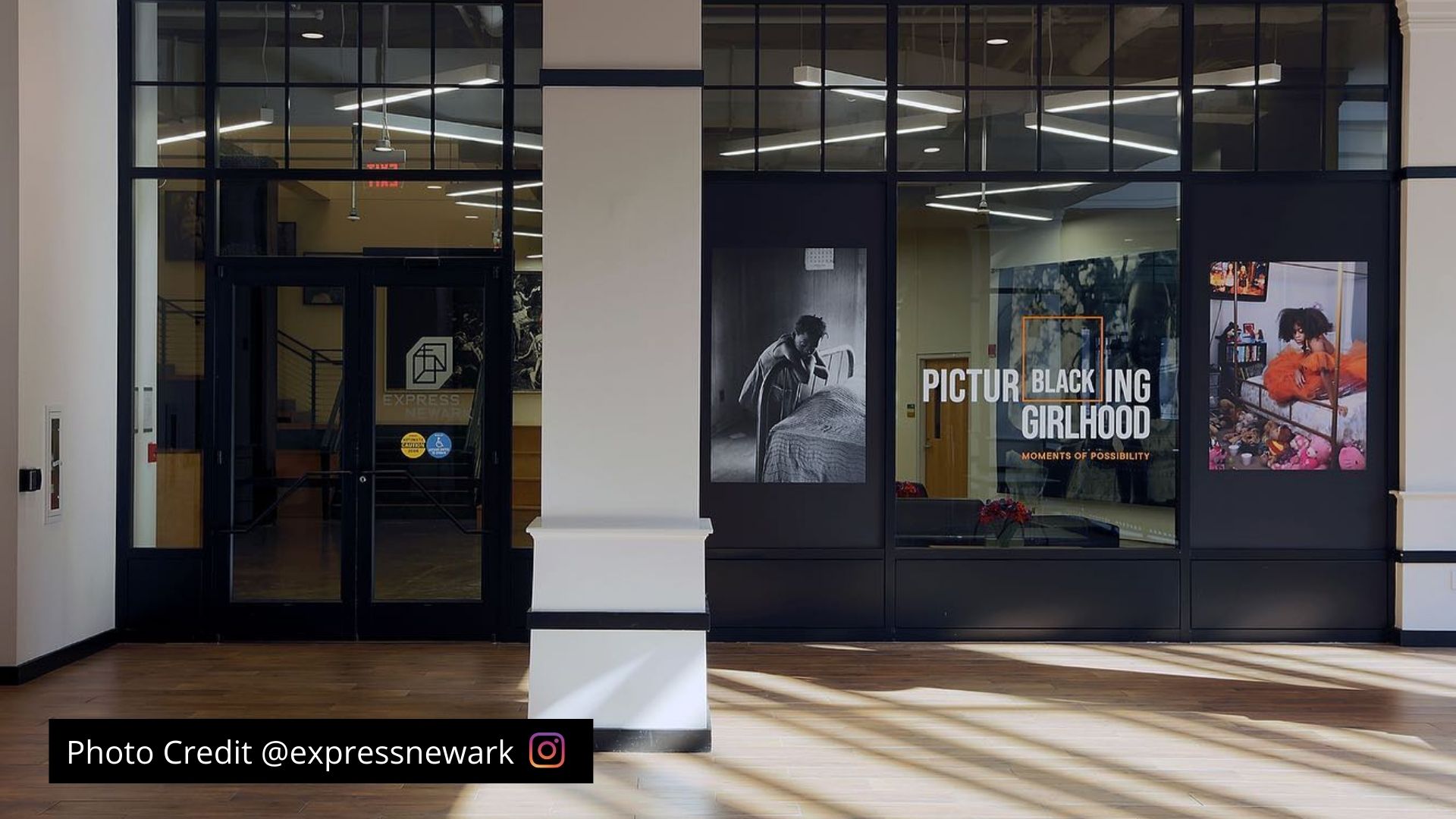 Scheherazade came to Duggal's headquarters in the Brooklyn Navy Yard to view all of the photographic mini size proofs at the same time and was impressed. 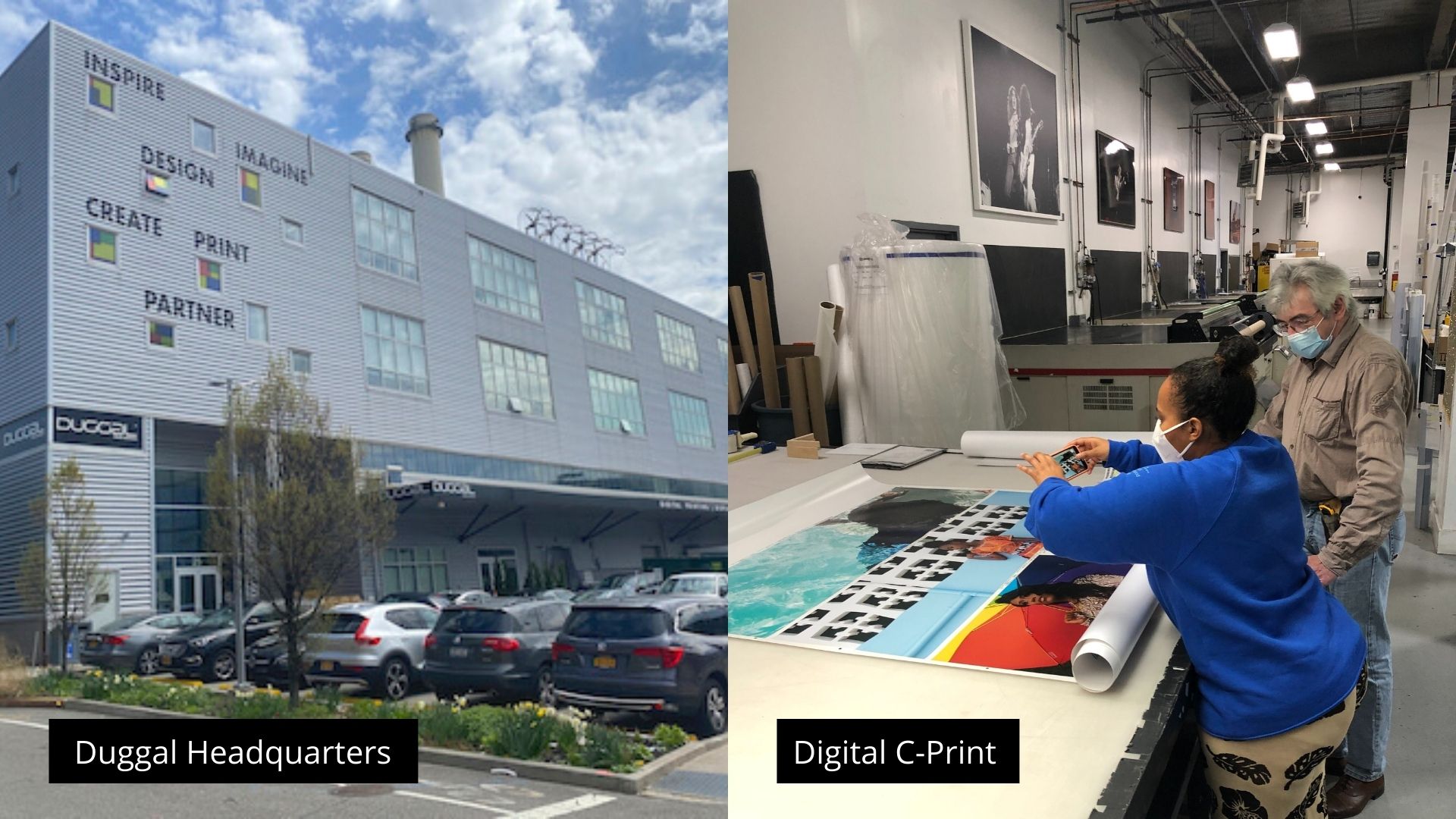 Misha Dinershteyn, Master Printer at Duggal, was able to discuss each proof with Scheherazade and note any of the color corrections within Duggal's production system for each artwork. Shaquanh Sullivan, Quality Control Lead, explained the production areas within Duggal that would mount the prints on Sintra board, framed with UV plexiglass protection and packed for safe delivery to Scheherazade's “Black Girl Play” exhibition at the Project for Empty Space gallery. 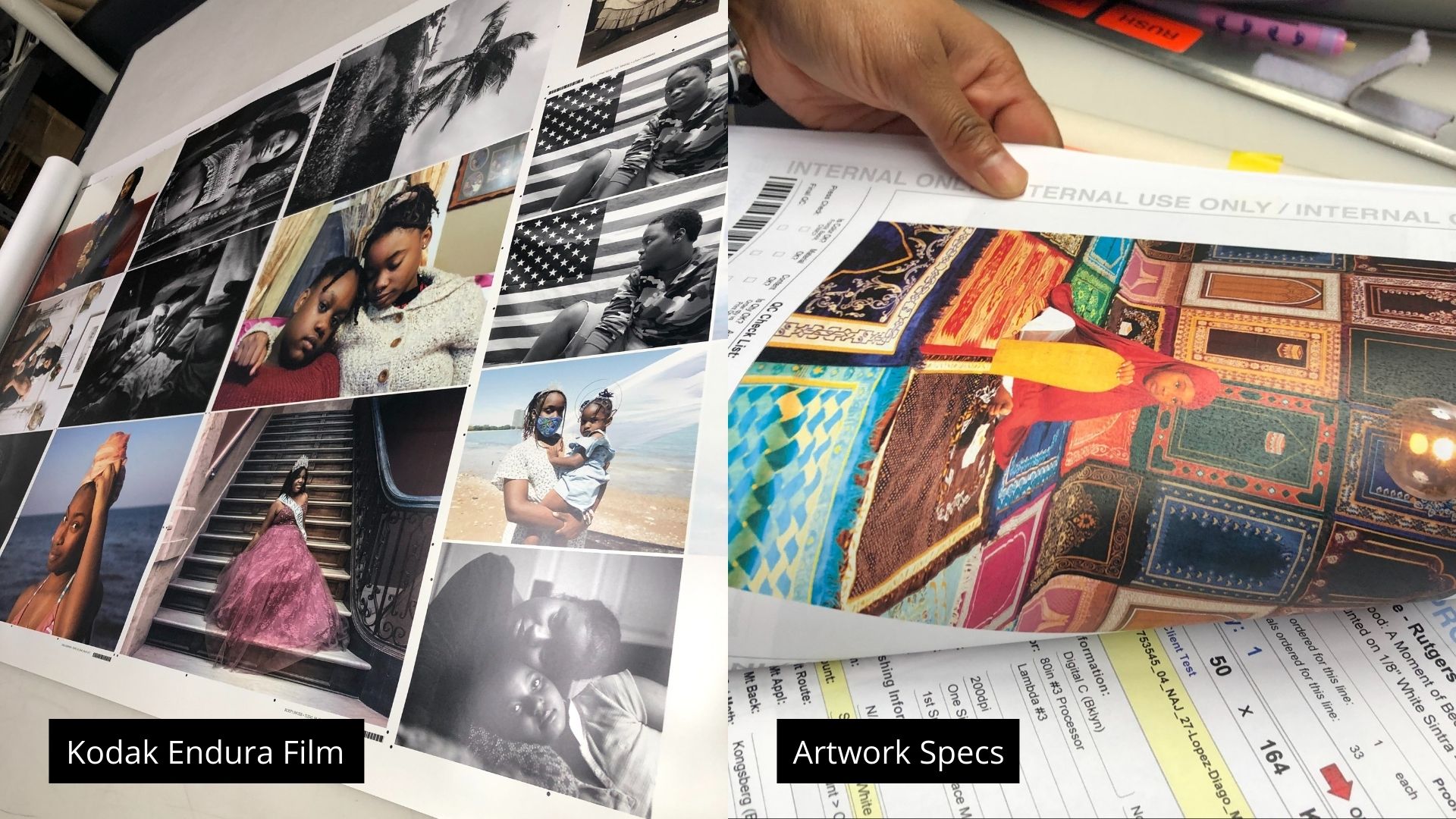 Working collaboratively during the holiday week with visits to Newark, Duggal was able to gain approval of each artwork. Scheherazade also referred one of the artists, Nzingah Oyo, directly to Duggal so that she could be involved in the production of her artwork. Nzingah visited one afternoon with her daughters and posted the experience on her Instagram account. 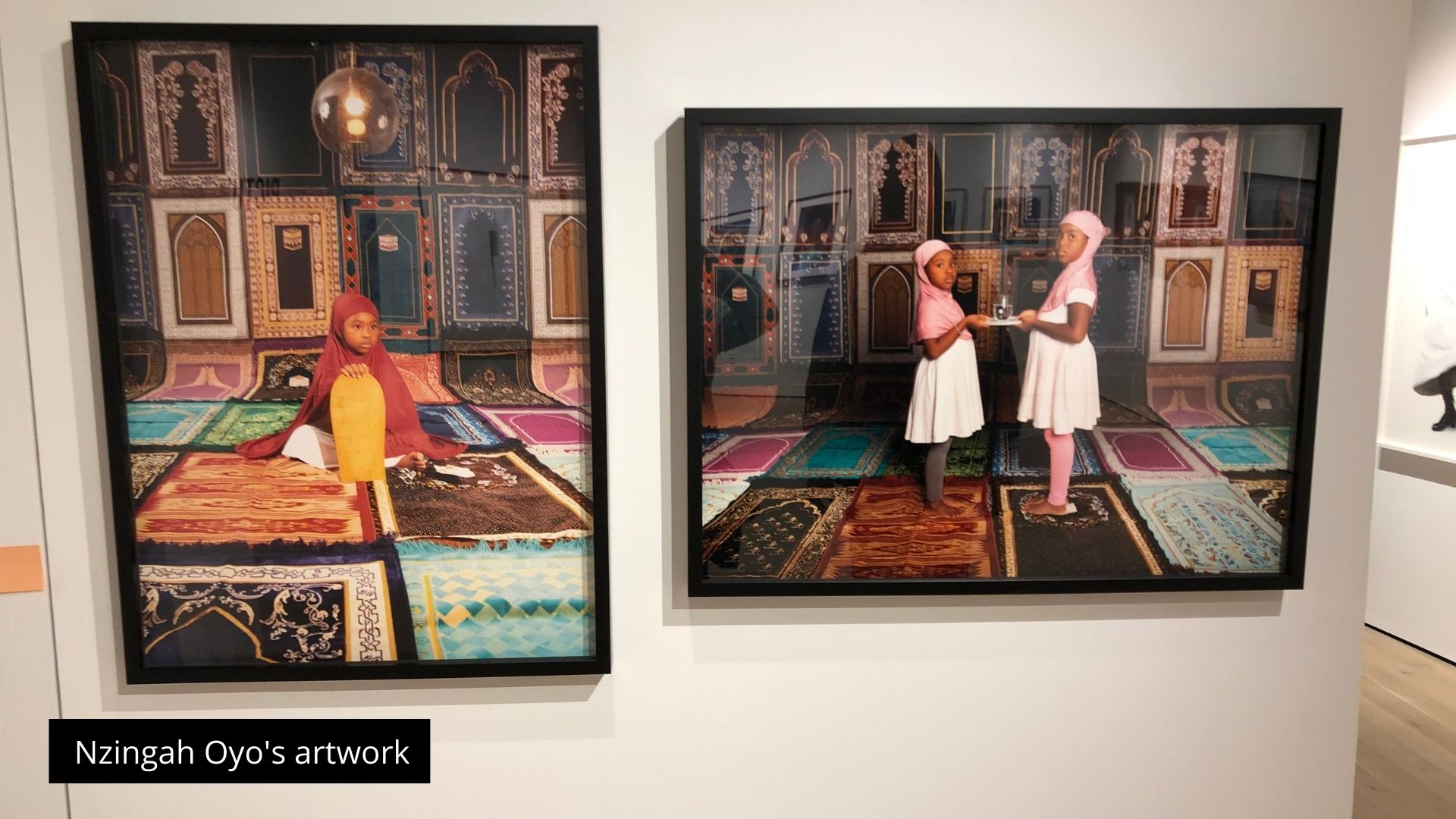 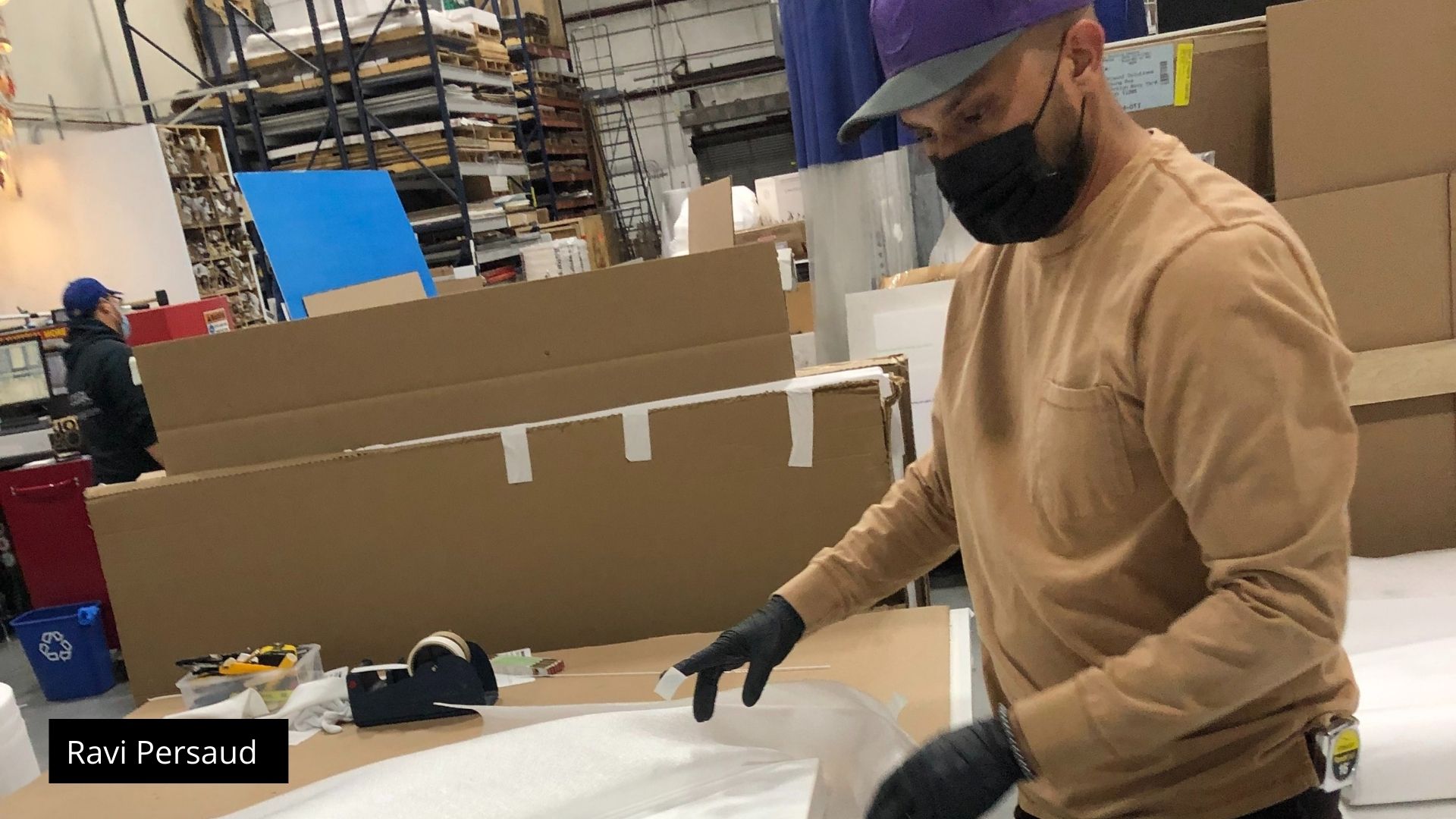 Particular attention was given to the murals that were dye sublimated at control conditions onto the Polysatin Fabric. Darren Thomas, Prepress Lead, handled the fine tonal adjustments to the art for the final approval of proofs. 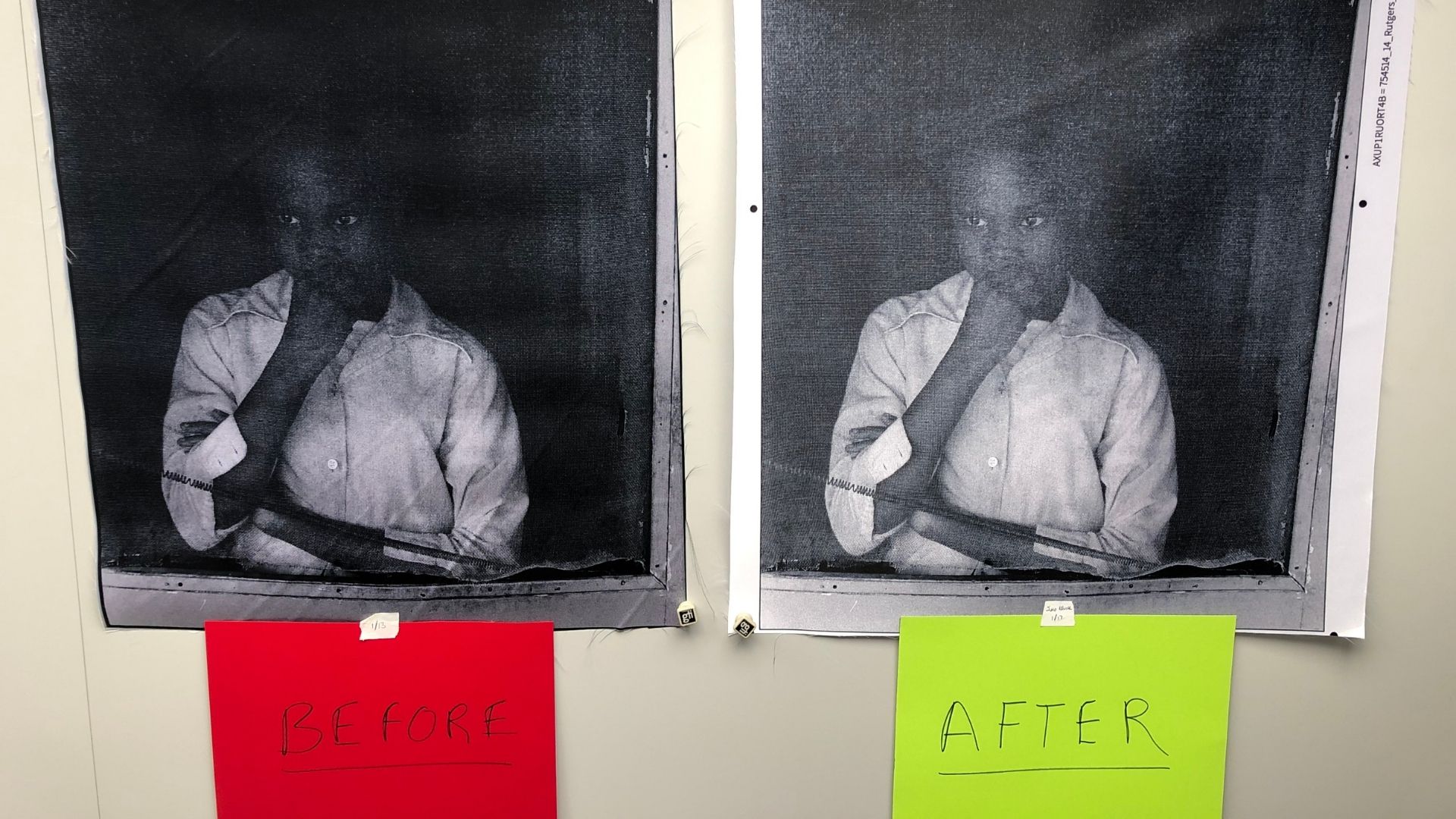 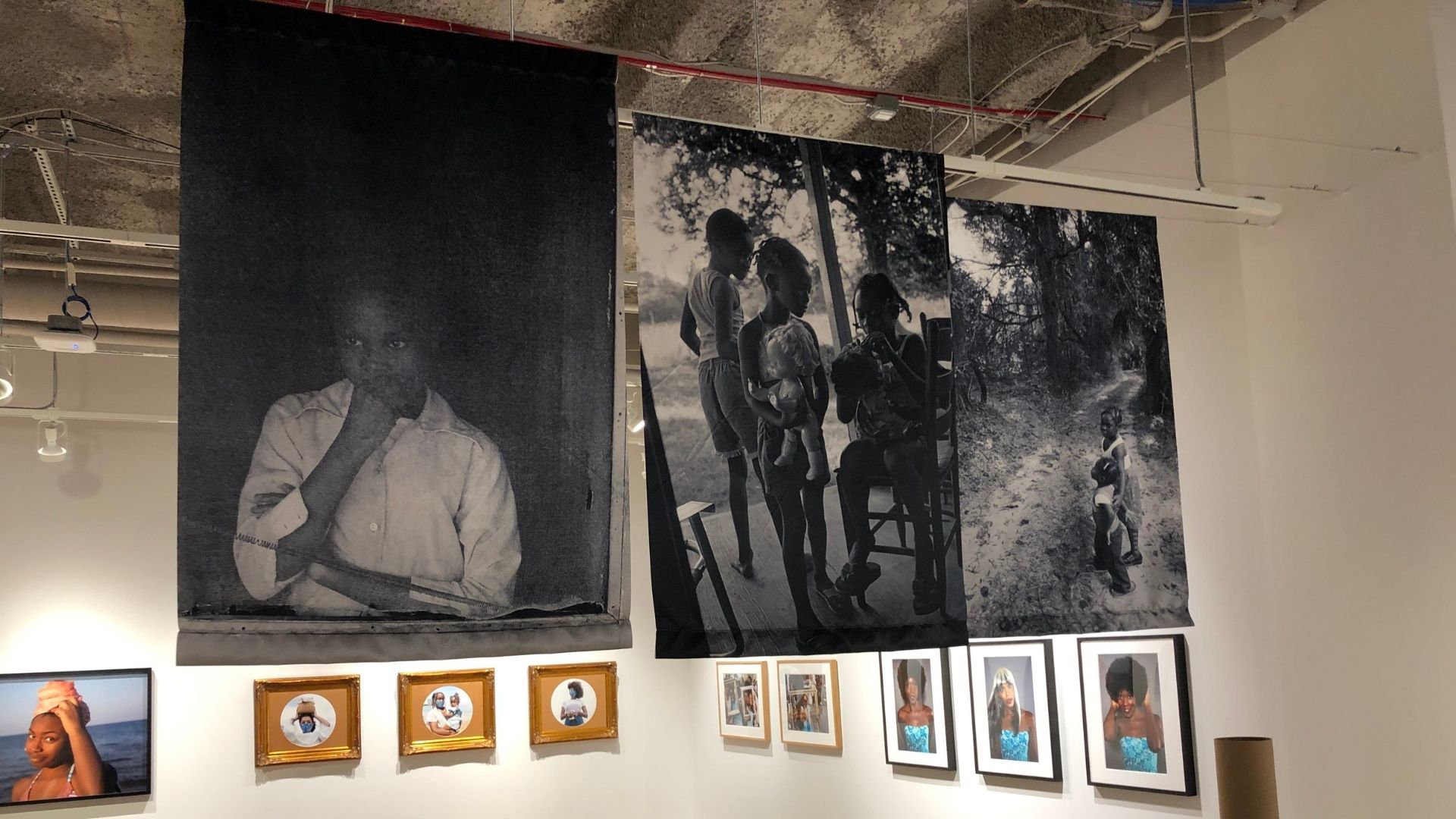 The art installations of Jeanne Moutoussamy-Ashe's work took place over a two week period under the supervision of Yvon Varunok, Duggal's Visual Director. Each separate substrate material had to be planned out in advance to avoid any seams within the facial tones. On-site direction of art placements and the safety of the installation crew were of chief importance. 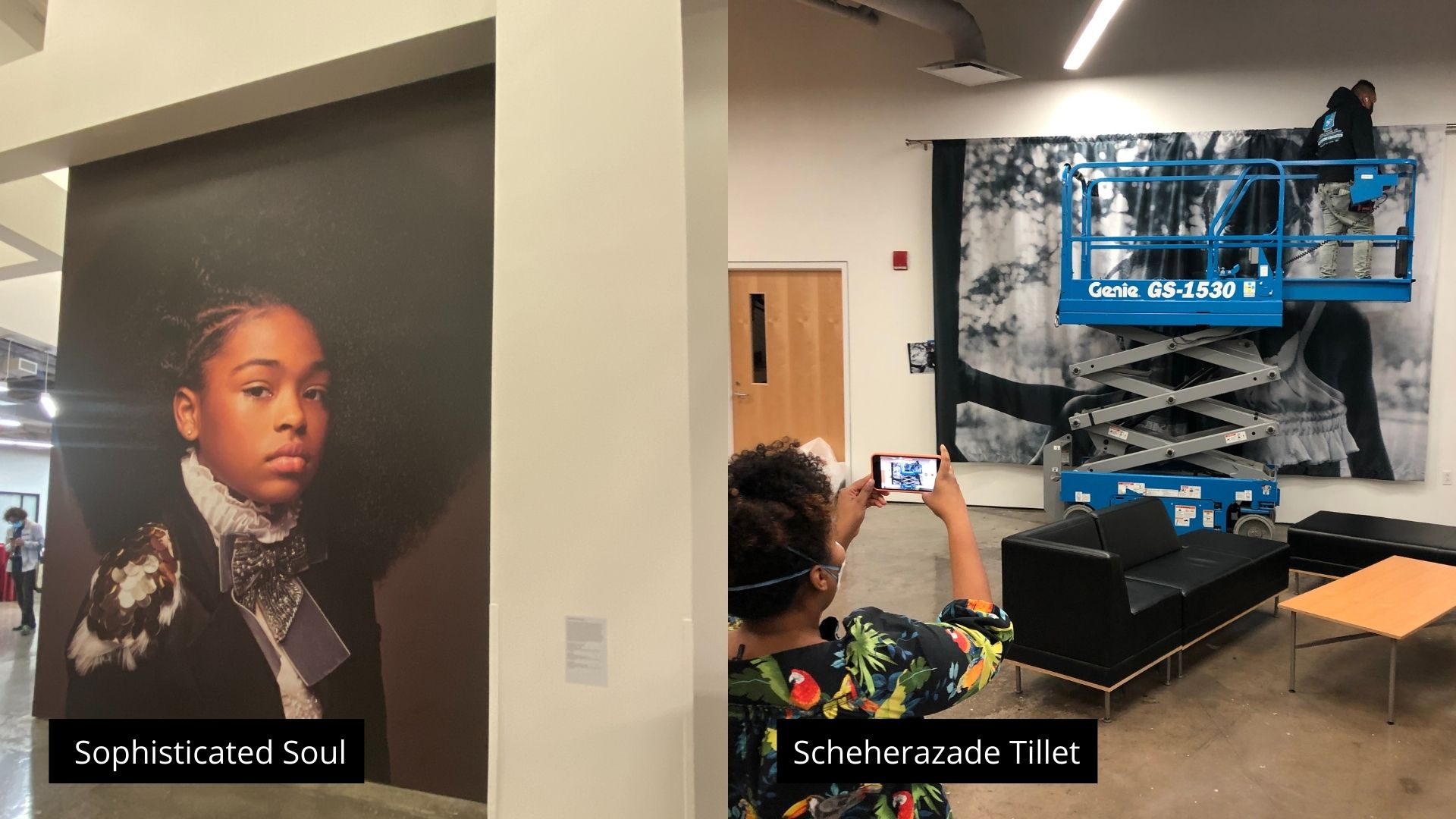 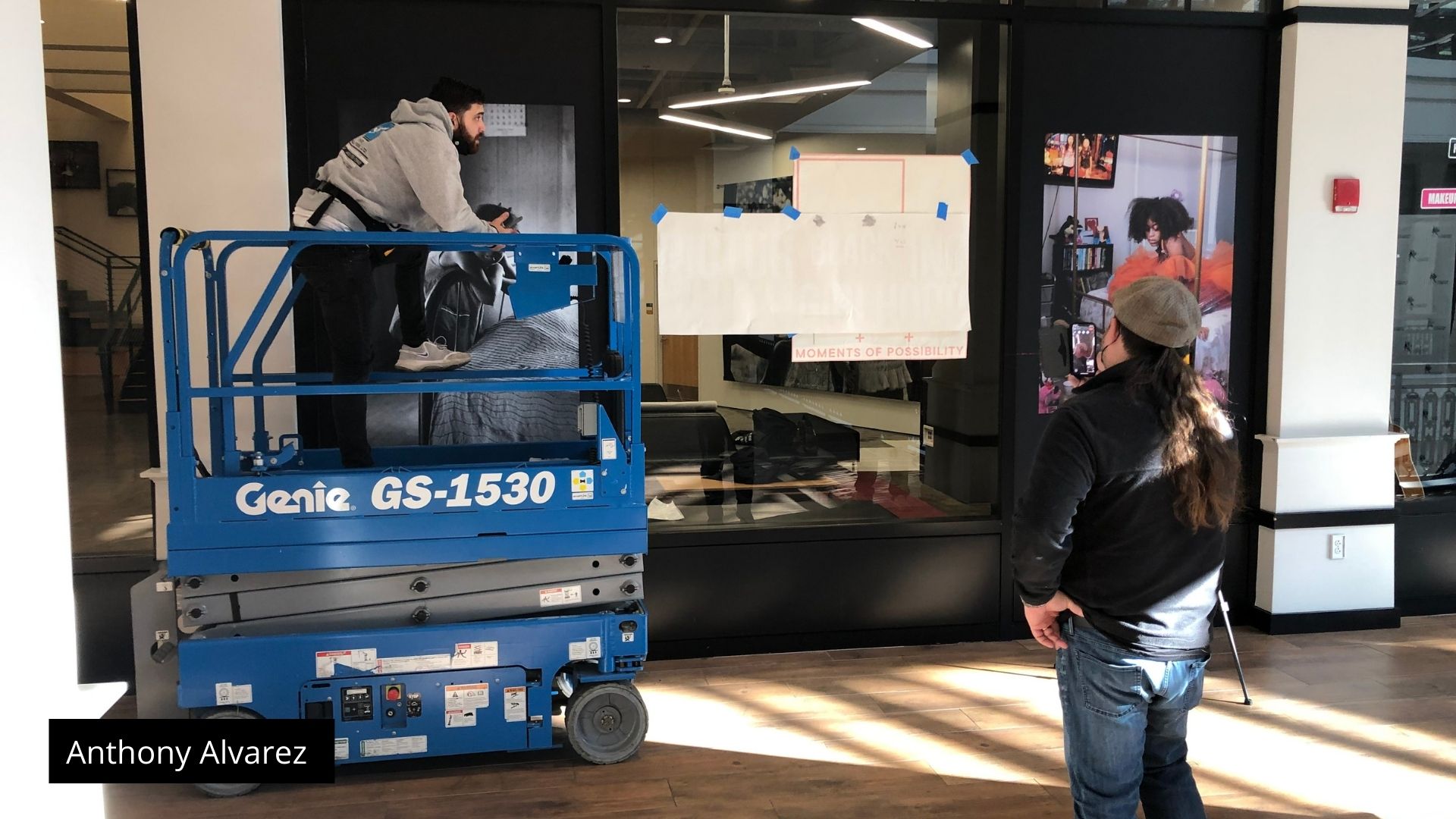 “Bringing together iconic image-makers, emerging artists, and young photographers, ‘Picturing Black Girlhood’ restages intimate Black girl coming-of-age narratives made through reifying the lens of Black women and genderqueer artists and the real-time experiences and perspectives of Black girls themselves,” Express Newark says in a press release. “Ambitious in scale and scope, ‘Picturing Black Girlhood’ is an urgent response to the crisis of racism and sexism that Black girls continue to face, as well as a radical re-imagining of our world through their gaze and those of the adults that were once Black girls themselves.”

Duggal Visual Solutions congratulates and thanks everyone who helped make this art installation such a successful and impactful story. Learn more. 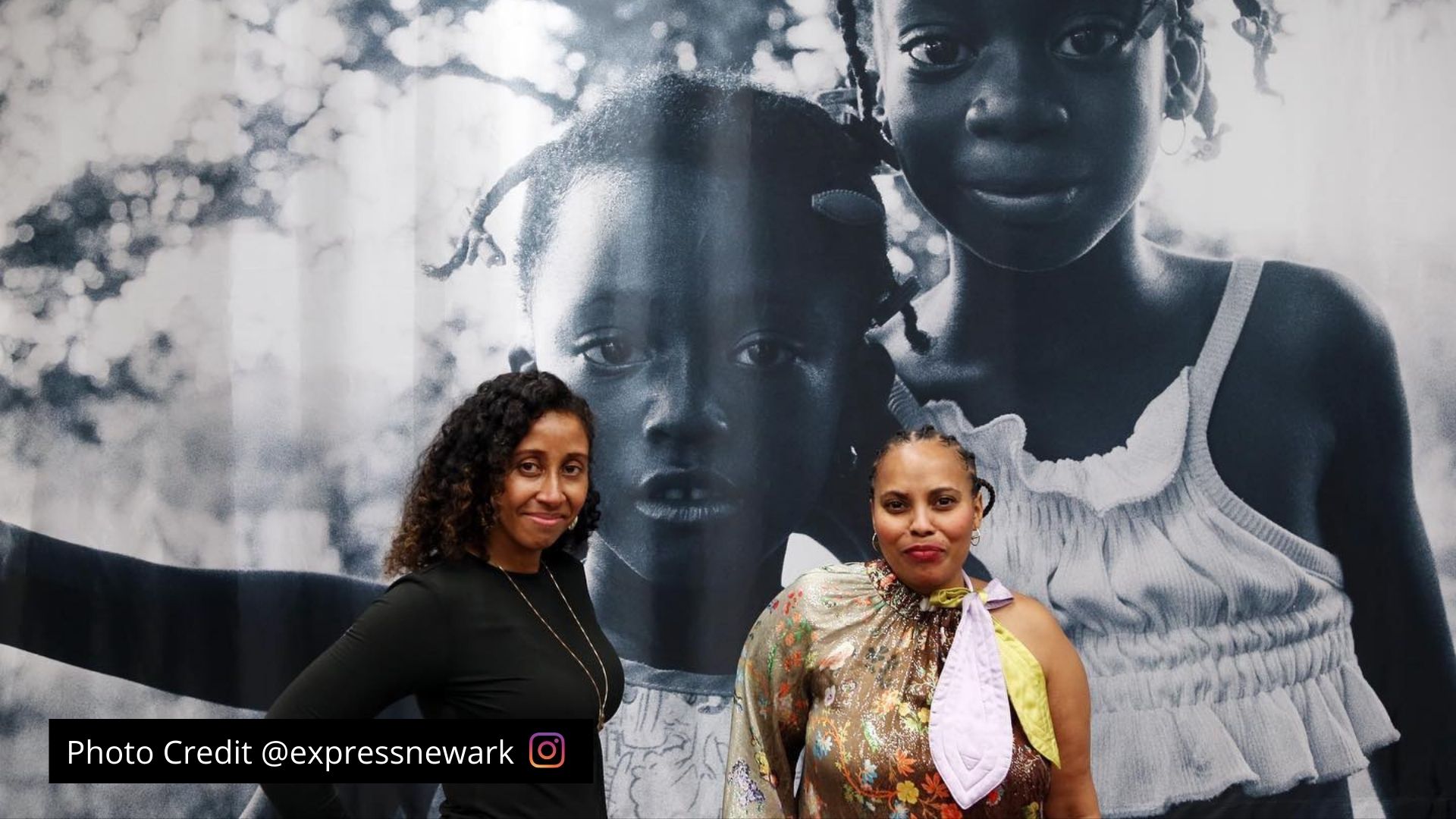 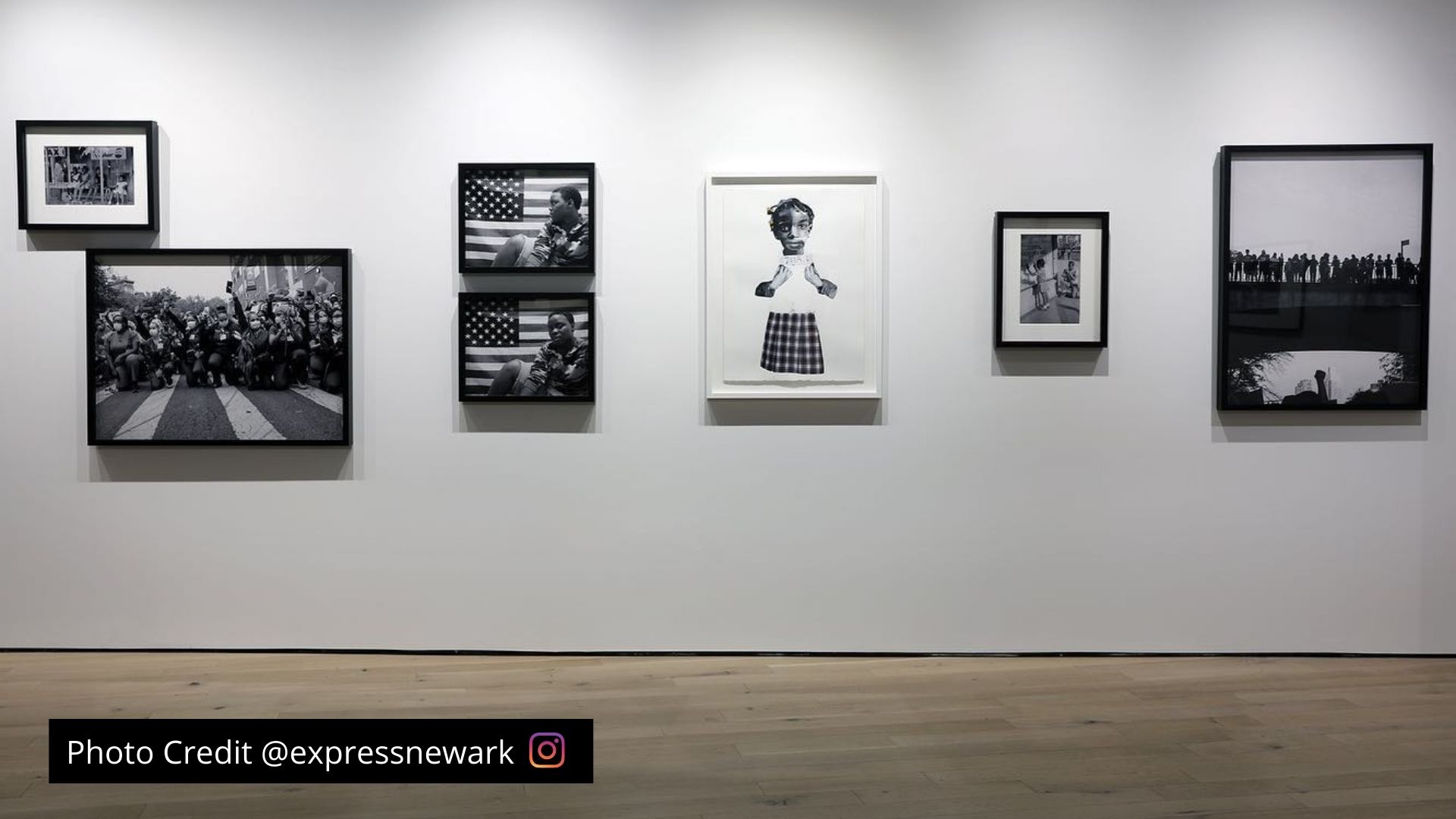