The New York Times is calling Hulu’s new TV series, The Handmaid’s Tale, “spectacular.” Based on Margaret Atwood’s 1985 novel of the same name, the series currently has a 100% approval rating on Rotten Tomatoes and “universal acclaim” on Metacritic.

Riveting and chilling storyline aside, part of The Handmaid’s Tale’s immediate success–it has already been renewed for a second season in 2018–can likely be attributed to Hulu’s experiential marketing campaign in New York City during the week of the series premiere April 26-30. Passersby on the High Line were drawn to a vivid, brightly lit art installation stocked with 4,000 free paperback copies of Atwood’s novel.

“As passersby grabbed novels, the piece was deconstructed to reveal messages of female empowerment and anti-authoritarian resistance, as the show is set in America's dystopian near-future where fertile women are forced to serve the elite in a totalitarian government,” BizBash explained.

The installation was designed by Paula Scher and Abott Miller, produced by Civic Entertainment Group, and fabricated by Duggal Visual Solutions. Hats off to all involved, and thank you to BizBash for mentioning us. See Duggal exclusive fabrication and installation photos below, and click here to watch The Handmaid’s Tale on Hulu. 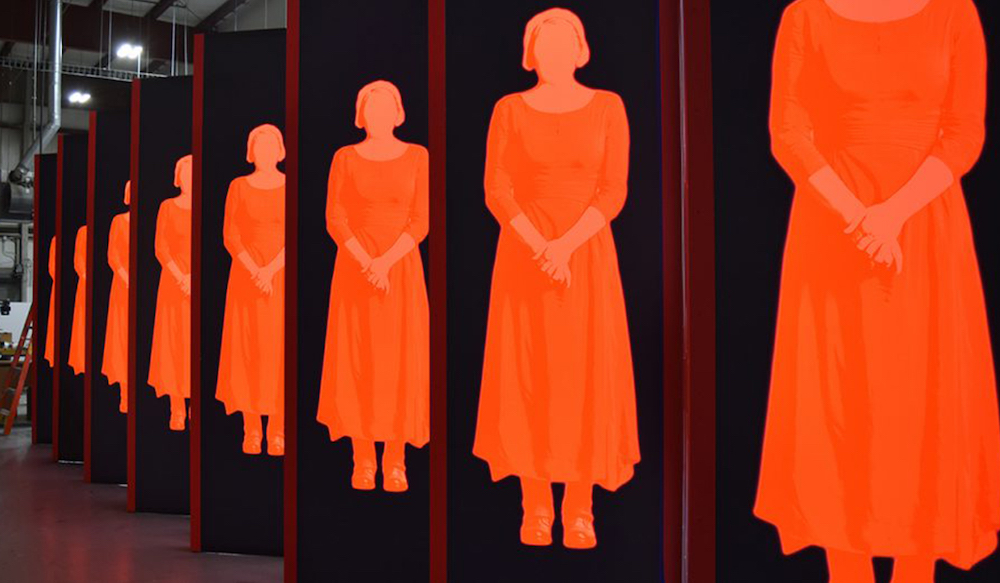