The conceptual photographs by Pixy Liao in the solo show, Open Kimono, reflect an ongoing exploration of gender roles. Culled from her own life experience, the series of work features Liao and her life partner of 12 years, Moro. The couple met during Liao’s tenure as an MFA student at the University of Memphis. Although Liao was born and raised in Beijing, China, the American city of Memphis, Tennessee, its people and the landscape around it proved to be a fertile ground for a shift in perspective. 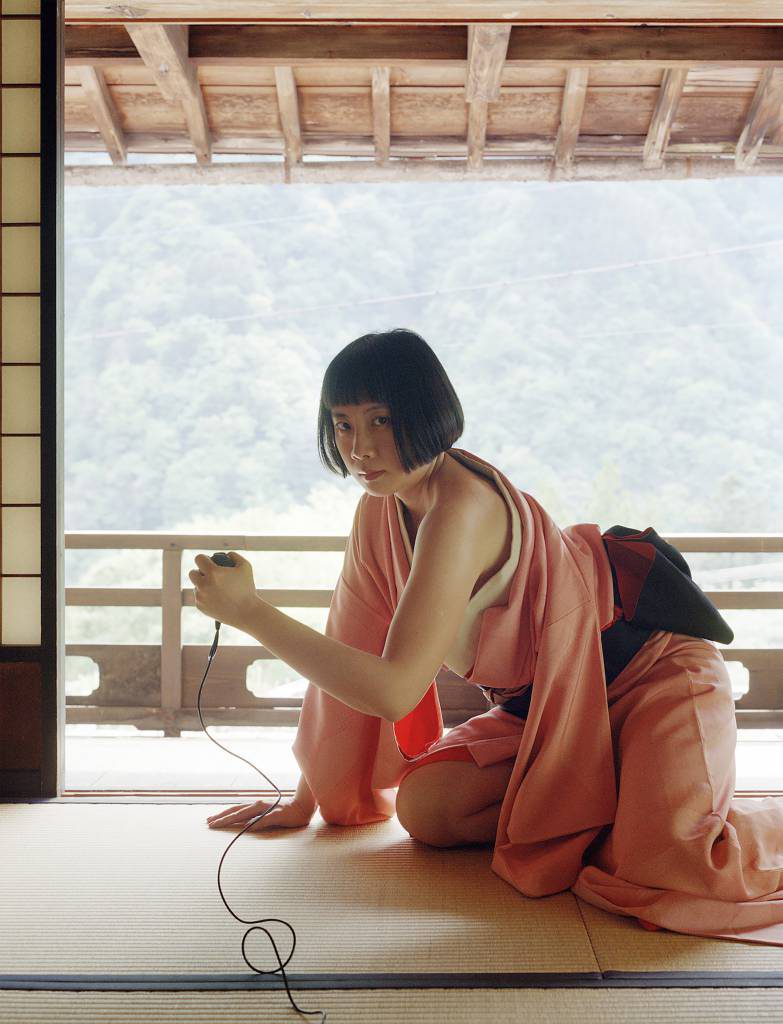 Initially, Liao’s work dealt with her surrounding environment, but it was ultimately Liao’s encounter and subsequent relationship with Moro that created a lasting field of inquiry. Raised with a traditional understanding of men as protector and mentor, a formulation that is the norm in China and true to varying degrees across cultures around the globe, Liao was presented with an alternate proposition through the age differential between herself and Moro. She is five years older. Cast as the elder, wise woman in the relationship, a reversal of power ensued and Moro became Liao’s artistic muse. 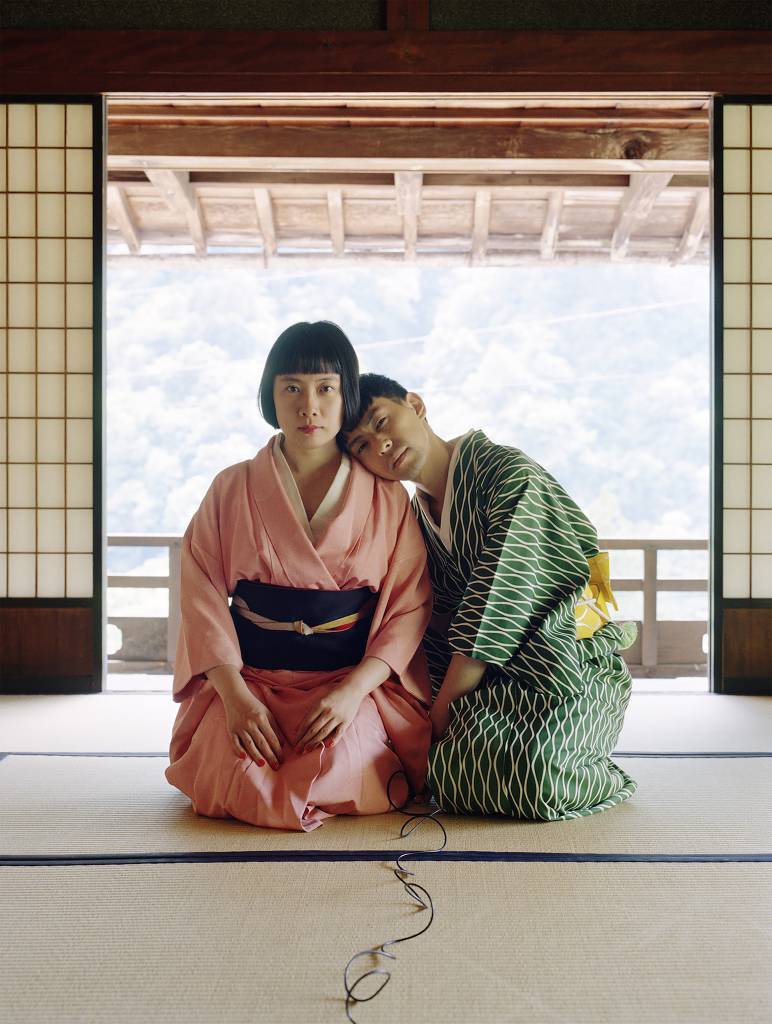 The photographs in Open Kimono are the latest iteration of Liao’s Experimental Relationship series and most were shot while the two traveled in their home countries—Liao’s, China; and Moro’s, Japan. Essentially self-portraits as staged documentation, several of the images feature or imply the use of a shutter release to take the photos. Dressed in traditional Japanese dress within what appears to be a traditional Japanese meditation style room or hut, a lush green landscape is faintly visible in the distance. Soft light imbues the intimate play of lovers with a delicate air pierced periodically by Liao’s direct gaze at the lens of the camera (and thus viewers). 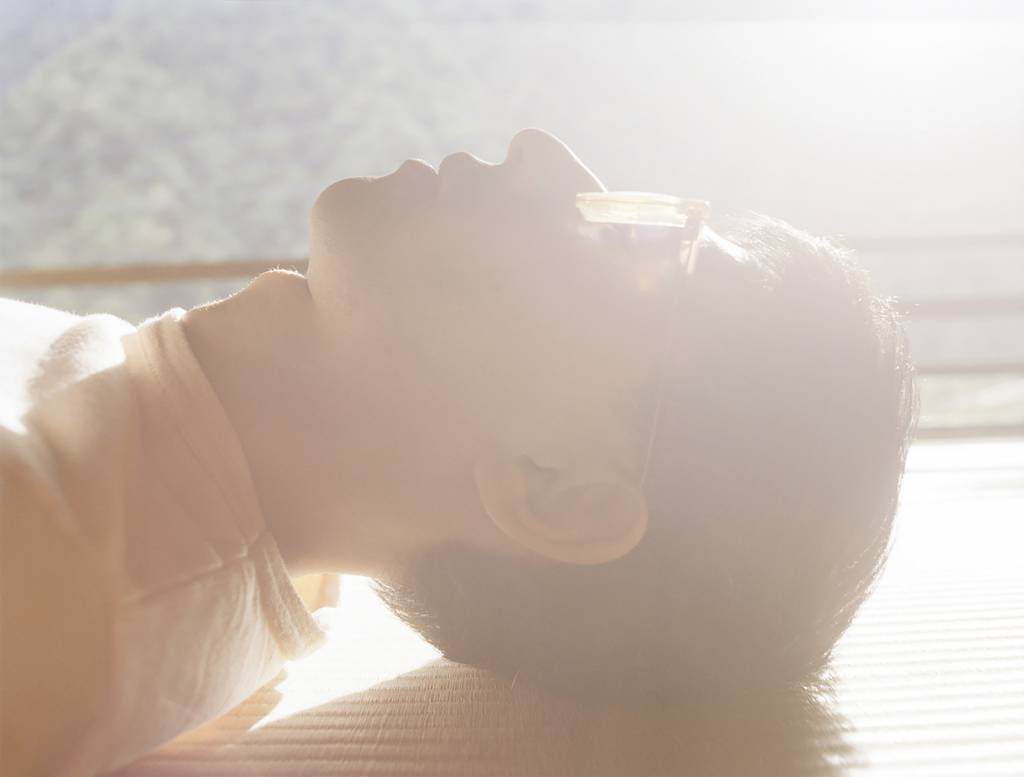 Power is explored through a handful of symbolic gestures and poses—who holds the shutter release, who is on top in an embrace, and who gazes directly out of the frame—offering an impactful juxtaposition of tradition and a contemporary take on gender and agency. 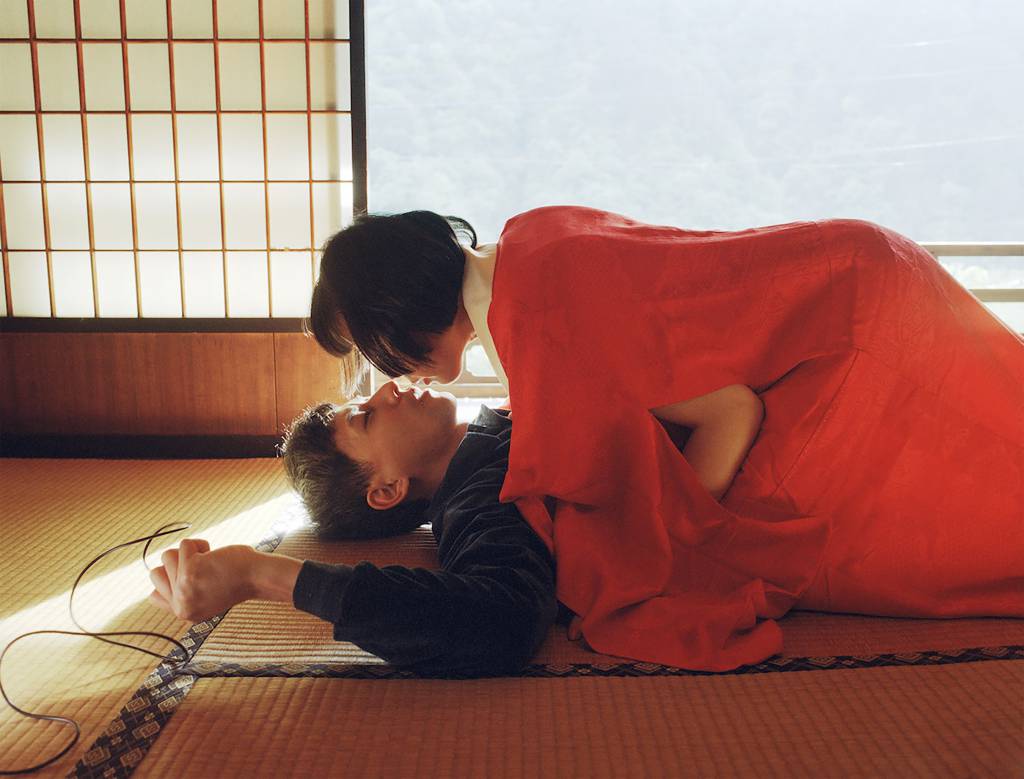 Also on view in the exhibition are pieces from a new series of Risographs, a form of image technology released in Japan in 1986 that mimics screenprints. In these works, Liao deconstructs her existing photographs into works with a focus on formal qualities such as color and lines. 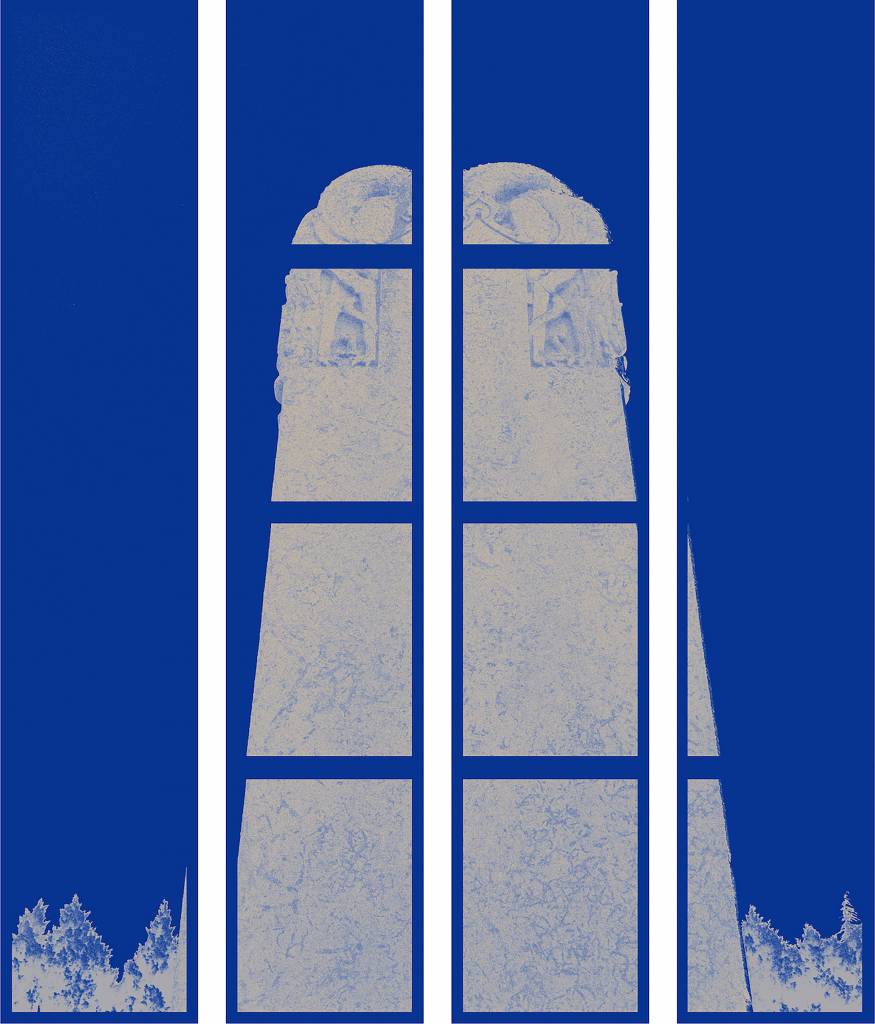 Lastly, an intriguing, witty and subversive sculptural installation, Temple for Her, complements Liao’s less incendiary “feminist” photographs. The piece is part of a conceptual series of work, “Evil Women Cult,” an imaginary cult that worships all the “evil female leaders” in history. In Temple for Her, Liao honors Wu Zetian (624-705 CE), China’s only female Emperor.

Pixy Liao: Open Kimono is on view at Chambers Fine Art through April 27, 2019.