Football Is Back: New Gridiron Graphics You Need to See

The 2021 football season is officially underway, kicking off a return to stadiums nationwide for fans who were forced to sit last season out due to pandemic restrictions. Take a look at how Duggal Visual Solutions works with sports marketing agencies as well as teams, leagues and venues to create the graphics you see in stadiums and on TV—plus other installations behind the scenes.

Fordham University
With games dating back to 1882 and legendary former players including Vince Lombardi (for whom the NFL’s Super Bowl trophy is named), Fordham University is home to some of New York’s most celebrated football history. During the school’s cancelled pandemic season in 2020, Duggal designed, produced and installed a vinyl mural highlighting the past, present and future of the Fordham football “Ramily” at newly constructed offices inside the Rose Hill Gymnasium. 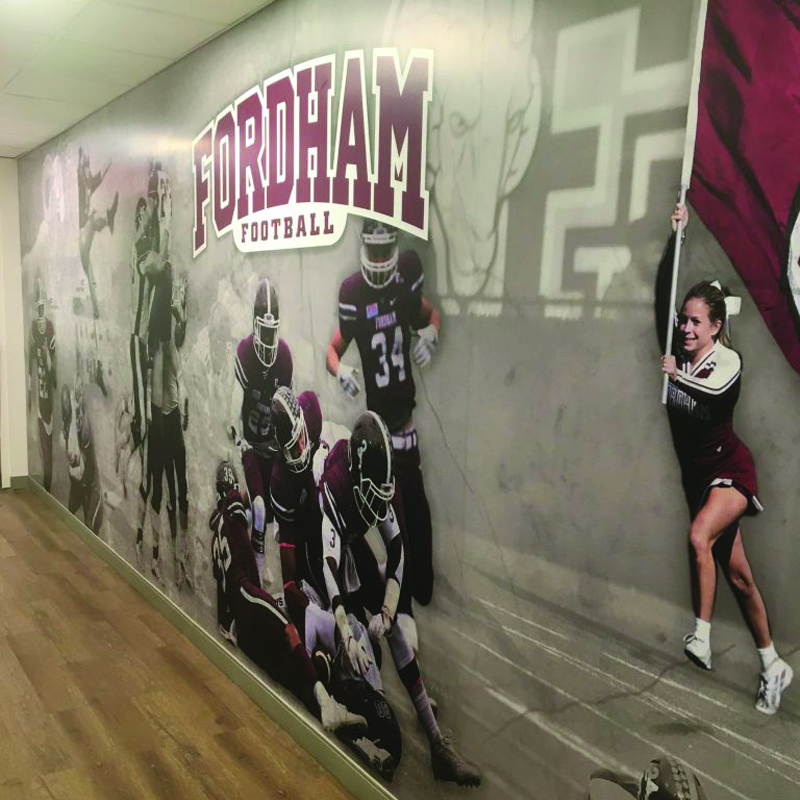 New York Jets
Duggal is the official printing and graphics partner of the New York Jets. See how Duggal helped the Jets stay at the forefront of COVID-19 solutions as the NFL stepped through the 2020 season with strict protocols. We have also helped the Jets with many other prior projects, including their 2019 rebrand. 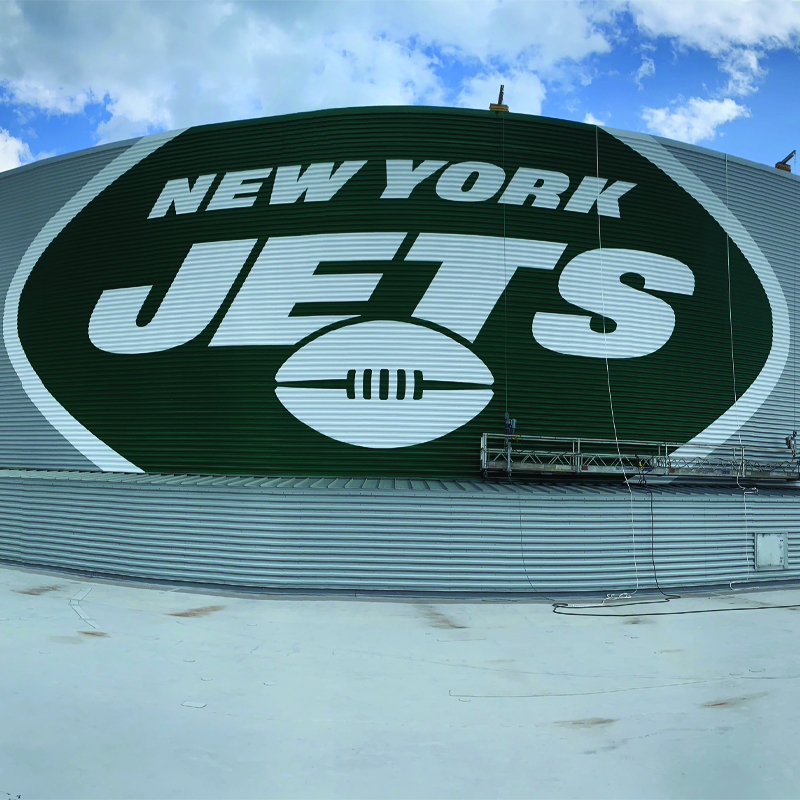 NFL
In 2020, the NFL took the opportunity to invest in its NYC office space. And in 2021, employees returning to the office are welcomed to an energizing workplace experience. From the lobby and conference rooms to the game room, tech lounge and common areas, Duggal made the NFL’s HQ truly championship ready. 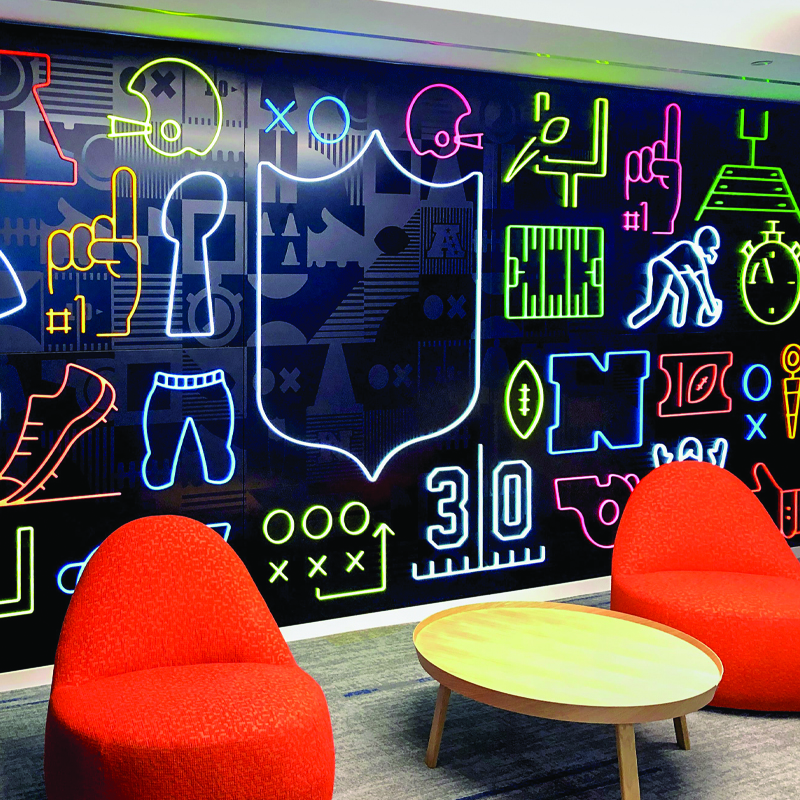 We’re proud to play our role of bringing exciting and appealing visuals to football facilities everywhere.